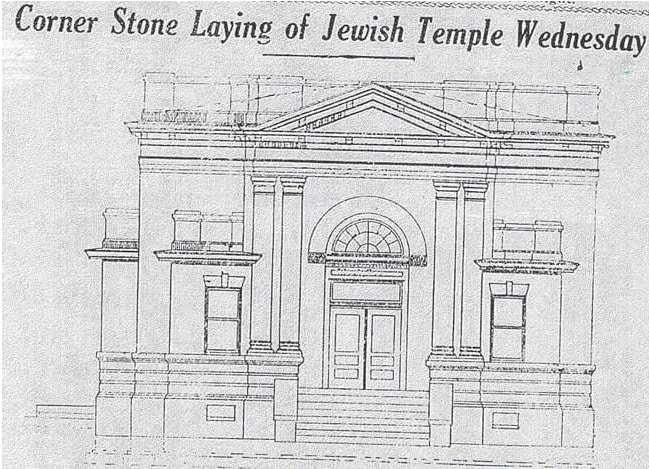 On March 8, 1922, the cornerstone of Temple Beth Israel was laid with Masonic as well as religious ceremonies. Grand Marshal Julian Spearman laid the stone assisted by 10 non-Jews who held office in the Masons. At first, the congregation could only afford a cast-off organ which they bought from the Episcopal Church.

Prior to the dedication, services began in the finished Temple. The first service was held in September 1922, for the High Holy Days. The building committee had raised $30,000.00 to pay for the lot and the building at 8th and Chestnut Streets. Always closely associated with the non-Jewish Community, the builders of Temple Beth Israel chose to inscribe above the doorway “Love Thy Neighbor As Thyself.” 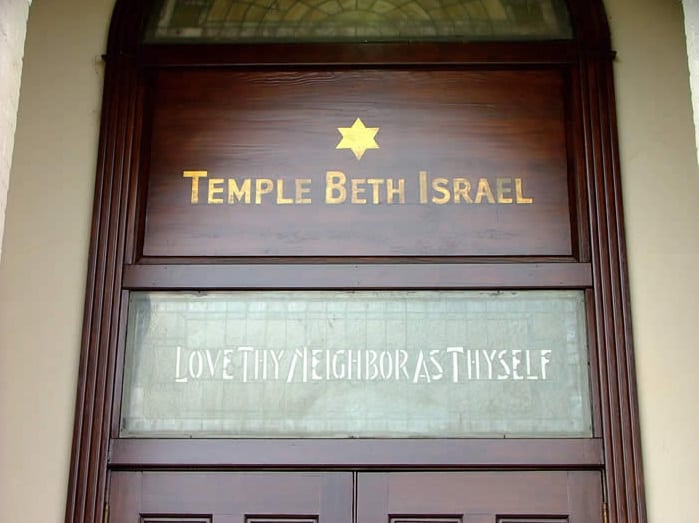 On March 21, 1948 there were 25 candles on the Temple cake. Rabbi Adolph Phillipsborn conducted the service commemorating this anniversary. The Sisterhood gave the Temple a new organ and the choir and music was under the direction of Janice Lowi, as it had been since 1924.

An unforgettably tragic incident occurred at the services to dedicate the Zemurray addition to the Temple on March 25, 1960, (the addition consists of five Sunday School classrooms, a large vestry, and a large kitchen). During the services, a home-made incendiary bomb was thrown into the sanctuary. Alan Cohn and Alvin Lowi were both shot by the bomber as they rushed out of the Temple to apprehend him. The whole city, shocked and grieved, joined the congregation in a community service the week following the bombing.

Throughout the history of Temple Beth Israel, the ladies of the congregation, first as the Temple Aid Society in 1911 and then as the Sisterhood, worked untiringly and successfully to support the house of worship and the congregation. The Temple housed soldiers during World War I, and sponsored rallies and military get-togethers. During World War II, the congregation worked actively with the many Jewish soldiers stationed at Fort McClellan and then with those at Camp Sibert in Gadsden. Oneg Shabbats were held at Temple and at the camp. Passover Seders for the soldiers were prepared by Sisterhood members, and the Jewish Wives Club met at the temple. All during World War II, Sisterhood members faithfully rolled bandages and knitted warm scarves for over-seas use. Through Sisterhood a second Torah was dedicated in 1961, both adorned with mantles, crowns and shields.

In 1963, the library was named the Rabbi Joseph Utschen Library as a memorial to that beloved Rabbi who contributed so much to the congregation. By 1973 the Temple had been the scene of over 25 weddings, about fifteen confirmations, twelve Bar Mitzvahs, five Boy Scout’s God and Country Awards, and community memorial services for President John Kennedy and for Israeli athletes who died during the 1972 Olympic games in Munich.

The years 1973-1982 saw improved facilities and the celebration of five Bar Mitzvahs and nine baby namings. Six weddings were performed in the sanctuary. The Temple was painted and work was undertaken to protect the irreplaceable stained glass windows. Additionally, new heating and air-conditioning equipment and a sound system were installed.

In 2010, with a dwindling Jewish community in Gadsden, Temple Beth Israel was closed. The remaining members of the congregation donated the facility to the City of Gadsden in 2011, and the Gadsden Cultural Arts Foundation began management of the facility. In June 2012, the Etowah Youth Orchestras moved its entire operation into the Temple, which was renamed The Music Center at Temple Beth Israel. 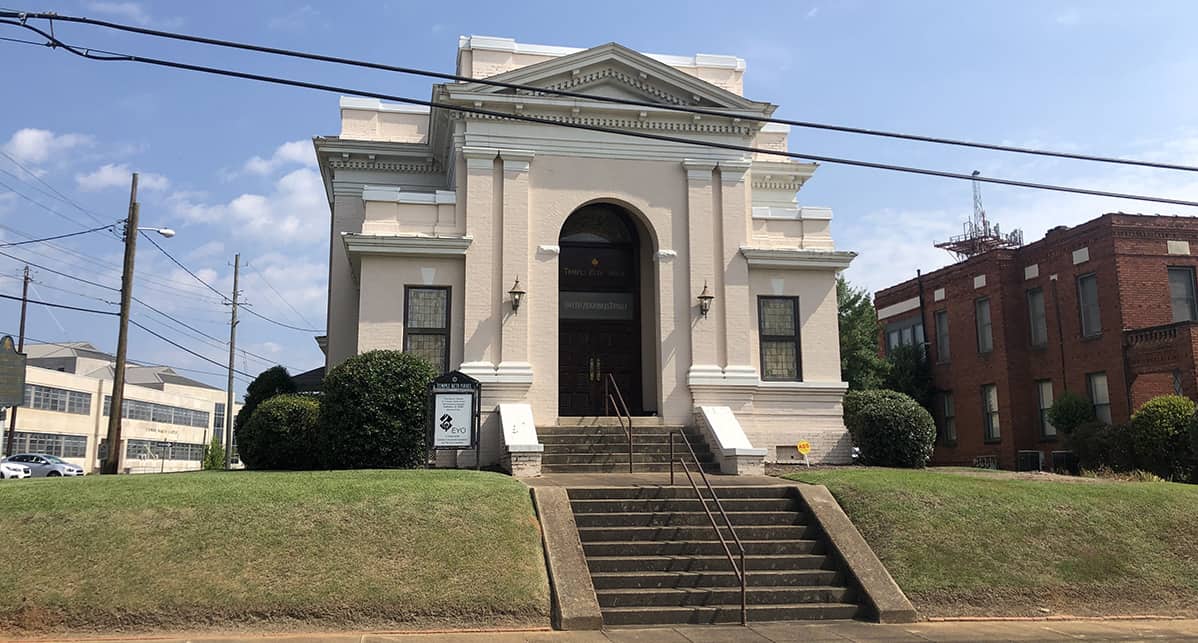 The Music Center is now the home to the EYO’s administrative and artistic staff, and hosts rehearsals for all of the EYO’s after-school ensembles. In addition, the EYO regularly presents concerts at the Music Center, featuring local and regional performers presenting a wide variety of music, from classical and jazz to folk and bluegrass.